I haven’t written a post specifically giving advice to you writers out there in a while. Personally, I haven’t felt particularly inspired in terms of story writing and therefore didn’t feel right giving advice on something that I myself wasn’t practicing.

I did find my inspiration, though, and I am resuming to write poetry and short pieces of fiction again. So, without further adieu, I will talk about something that all writers struggle with in their pieces of work: character development.

Human beings are the most complex creatures on earth, their thoughts and bodies intricate and sensitive. So how, you may ask, can you possibly create a fictional character as complex as a real person? The answer lies in your technique, your connection with your character, and your dedication to it. 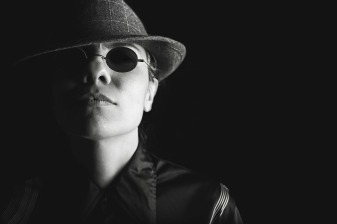 Think of your favorite book. Does the main character within it stay the same throughout? Is he/she the same at the end of the story as they are in the beginning?

The answer is, in most cases, no. A good character evolves throughout the novel.

Never explicitly state what a character is feeling. If the reader cannot analyze your character and contemplate his decisions, then he is not a good character. In this area, imagery is crucial. Describe your character’s actions through strong verbs, descriptive adjectives, and concrete nouns.

At a certain point, or perhaps at the climax of a story, a character may realize something crucial they haven’t before. At some critical point in the novel, your character must metamorphose. It helps to map out your character’s feelings as they change according to the events of the novel. I usually use a graphic organizer for this. Remember, your character cannot be the same as he was at the beginning of the book. Otherwise, the story isn’t worth telling.

You are not going to write a good character if you do not identify with him/her. That’s just how it is. Without a decent connection, your character will lose strength and will not feel believable to your reader. To help build your connection and understanding of your character, refer to this list which will help you sort your character’s traits through in-depth questions.

Revise, revise, revise. Authors go through hundreds of revisions before the final product. If you finish your novel or short story and realize that your character is not as believable as you hoped, go back and change your character’s actions or pieces of dialogue so that they better fit with their traits, or so that they are more complicated. Great character development requires a lot of your time, effort, and passion. Without these things, your character will fall flat.

A flat character does not change throughout the novel. A round character, on the other hand, is what you want to strive for—your character changes and evolves as the plot unfolds. If you dedicate yourself to making your character round, you will succeed in doing so.

Character development, although intimidating, is a magical thing when done correctly. I wish you luck, and never stop writing!

Join 472 other subscribers
Follow 2B or Not 2B on WordPress.com

Sela is not your typical business theme. Vibrant, bold, and clean, with lots of space for large images, it’s a perfect canvas to tell your company’s story.
Sela is responsive, which means it adapts to any screen, providing your visitors with a great browsing experience on any device.